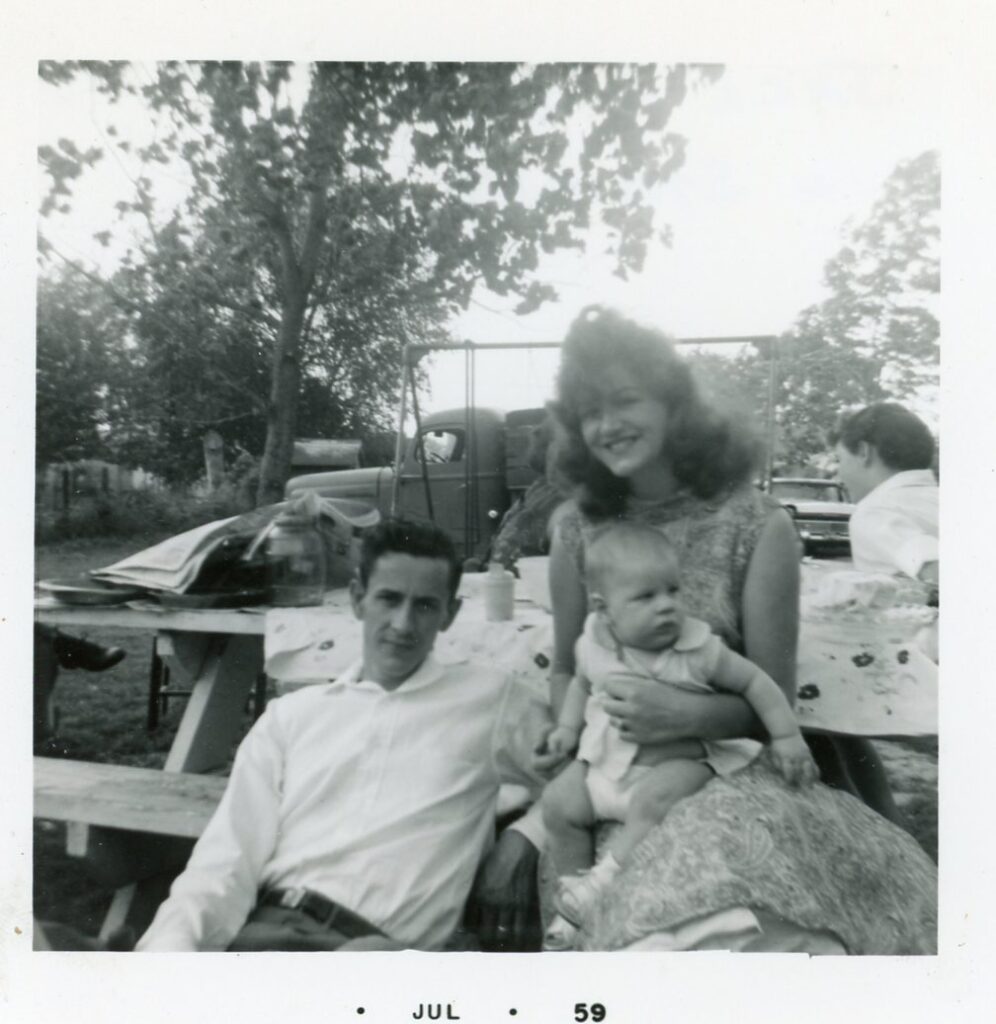 Uncle Jack, Aunt Jane, and their first son Stanley. That is most likely Vicky Millican on the right.

I don’t recognize that pick-up truck behind the swing set, but that Ford looks like Uncle Clyde Kuykendall’s. That swing set looks like one we had in our backyard on Benjestown. And I remember we had a picnic table out there as well.  And I believe drivers could access our backyard from the “alley” behind our house.

I believe, despite Bill’s doubts, that this is in our old backyard.  The kicker, though, is we no longer lived there in July of 1959. We had moved to Gowan earlier in the spring. The Kuykendall’s moved into our Benjestown house. So it would have made sense that Uncle Clyde would have pulled his Ford into the backyard to make room for other guests to park in our drive or on the street.