Back in 1998, we were invited by Houston Baptist University to come to Houston. 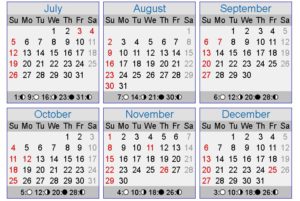 She received her call on Monday, June 29, and they flew the two of us down on Wednesday, July 1, 1998. They made their offer to hire on Thursday, July 2nd; then on Friday, July 3rd (back in Conway), she called them to accept.

I had set out that third Sunday to “double-dip” like I did on our first Sunday. That is I planned to hit an early morning service at one church; then a mid-morning service at another one. In searching for Trinity, however, I lost my way and wound up arriving AFTER their early service had begun.

I chose then to visit Palmer which was just down the street a couple of miles. When I got there, the 9 o’clock had already started; but a parishioner who was sitting on the patio told me I had time to go get my family and make it back in time for the 11. So we did. We had not been sitting in our pew five minutes, when Sam tugged my shirt sleeve and said, “This is where I want to go to church.”